FROM THE EXECUTIVE DIRECTOR 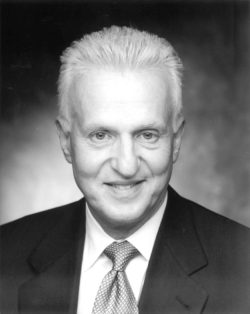 Someone once said “If you love your job, you’ll never work a day in your life.”

If Broadway is your passion and you’re excited by the idea of making a career on the business side of the Great White Way, then Commercial Theater Institute is the gateway to your future.

CTI’s courses are taught by working professionals, including many of the most successful Broadway producers as well as theater owners, agents and executives from the many organizations that work together to make Broadway’s hits. CTI courses focus on developing practical skills and on the big ideas that shape what millions of people in New York and all over the world see at a Broadway show.

CTI is Broadway’s official place for learning how to produce – it’s a project of The Broadway League, the industry’s umbrella organization, and TDF, the leading not-for-profit that supports theater in New York. CTI has a rich 39-year history of passing knowledge, problem solving skills and creativity from one generation of producers to the next. Graduates have produced or co-produced some of Broadway’s biggest hits like Hamilton, Hadestown, Dear Evan Hansen, Wicked, The Book of Mormon, Ain’t Too Proud, and To Kill a Mockingbird. Last year alone, 57 of our alumni were nominated for Tony Awards®.

CTI courses will give you the opportunity to network with these great professionals and with other people like you who are passionate about Broadway theater and want to be part of it. It’s a great way to get started or to keep moving forward.

Tom Viertel and his partners have produced a wide range of productions over 34 years, including the original Broadway productions of The Producers, Hairspray, Young Frankenstein, Smokey Joe’s Café, Angels in America, Penn & Teller, The Parisian Woman, The Weir, The Encounter, and Swing.

Their notable revivals include Gypsy, The Norman Conquests, A Little Night Music, Sweeney Todd, Company, A Funny Thing Happened on the Way to the Forum, Damn Yankees, The Sound of Music and Little Shop of Horrors. Notable off-Broadway premieres include Driving Miss Daisy, Frankie & Johnny in the Clair de Lune, The Cocktail Hour, Love Letters, Oleanna, Jeffrey, and Marvin’s Room. They most recently produced the off-Broadway revival of Smokey Joe’s Cafe: The Songs of Leiber and Stoller.

They’ve mounted many national tours and productions in London, Australia and throughout Asia. Last season they were co-producers of the Broadway productions of Oklahoma! and Be More Chill. Their productions have received dozens of awards, including 2 Pulitzer Prizes, 4 Grammy Awards, and 2 Olivier Awards for Best Musical. Their 9 Tony Awards include all 4 “Best” categories – play, musical, revival of a play and revival of a musical.

They own and operate the acclaimed supper club Feinstein’s/54 Below. A graduate of Harvard University, Mr. Viertel is a member of The Broadway League’s Board of Governors and Government Relations Committee and a trustee of the League-Equity Pension Fund. He is Chairman of the Board of The Eugene O’Neill Theater Center, America’s foremost development center for new theatrical work, in Waterford, Connecticut, winner of two Tony Awards and the National Medal of Arts.

Want to hear more about CTI? Sign up for our eblasts now!
Follow Us
© 2021 Commercial Theater Institute.