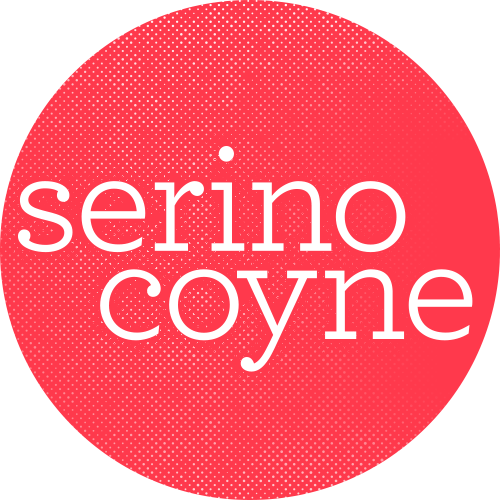 From a knockout poster to a savvy social media plan, every show needs to brand itself like a rock star if it hopes to be the next Wicked — or at least the best Hamlet you’ve ever seen.

How does that happen? We reached out to CTI sponsor Serino Coyne for some insights. Here are five ad campaign must-haves from Jay Cooper, the creative director of the Design Lab at Serino Coyne, the live entertainment advertising agency that’s been behind some of Broadway’s most iconic campaigns for over 40 years.

1. Define your audience first Who is your show for? Do you hope to appeal to a traditional (older, female) Broadway crowd? Or a younger, hipper audience? Once you’ve answered that question, you’ll be able to guide yourself to the right artwork. If you don’t, you won’t have a meaningful and targeted media buy, and may not be able to reach the people you want in seats (and they may not know how to find you).

2. Know your emotion Is your show a big and brassy musical? Or is it a small and intimate play? Your artwork has to convey the emotional promise either way. The worst thing is to have someone leave your show and tell their friends, “I thought it was going to be an uplifting night at the theater” — and the play was Macbeth.

3. Target the message Your play may have every emotion in the world: humor, sadness, joy, pain. Your poster shouldn’t. The artwork can’t tell that long of a story.  Determine what message is the most important part of the show and let that guide your campaign. If you throw the kitchen sink at it, the result will be a swampy mess that will do one thing: confuse people.

4. Keep it moving Our world moves faster than ever, and your art should too. Even a static mark — like a logo — needs to have a compelling visual animated solve to it. That means video, animated gifs and anything else that’s easily shareable on social media. Theater is a marketplace that’s very digitally savvy, and getting more so every day.  Young people especially won’t be aware of your brand if your art just stands still.

5. Art above all Your script and your cast inform what style of art your campaign should take. Does it call for a charming illustration or a bold graphic treatment?  Or is better suited to an eye-popping photograph? There’s a big difference between a campaign for a big new musical with no stars (a fun illustration can make or break it) and a celebrity-led, limited-run play (a photograph of the celebrities will almost always help sell tickets). Even the most classic Greek tragedy needs a modern advertising campaign if it hopes to succeed.