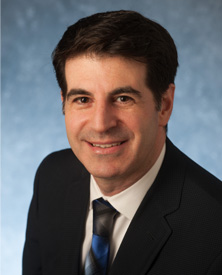 CTI Sponsor Michael Sinder is an entertainment attorney who has worked with Tom Viertel on a number of theatrical productions.  He joins the blog this week to discuss “Joint Venture Agreements,” one of the most fundamental aspects of producing.

Have a term that you’d like defined in a future blog post?  Shoot us an email at commercialtheaterinstituteinfo@gmail.com!

“Joint Venture Agreement” refers to the agreement among the lead producers (or managing members) of a production.  The key deal terms that are generally covered by this agreement include the following:  (i) the amount of the capitalization, and the portion to be raised by each managing member; (ii) the portion of any out-of-pocket pre-production expenses and losses to be covered by each managing member; (iii) the split of producer compensation among the managing members, including the producer’s weekly royalty, the weekly office charge, the executive producer fees and the producer’s share of adjusted net profits; (iv) the amount of “torchbearer points,” if any, to be afforded to any managing members; (v) terms to be offered to any non-managing member co-producers; (vi) voting rights and the manner in which decisions will be made; and (vii) the form of producer billing credits.