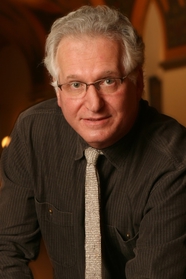 Welcome back to the CTI Blog’s Serial Interview with Jack Viertel.  Join us this week as we discuss a variety of topics from surprising research discoveries to the philosophy behind Encores! programming.

In your book, you talk about the end of the Golden Age of musical theater coinciding with the rise of the concept musical in the 1970s.  These concept musicals veer away from many of the patterns of the traditional American structure; some are hits, and others are flops.  What enables the successful shows to break away from the “rules”?

I think it’s almost always about the emotional pull of the experience.  Sometimes you can create that emotional pull entirely without, or without as many, traditional story structure poles to support a production.  Sometimes you can’t.  A concept musical is more difficult to execute than a traditional story because with a traditional story, you know which elements you need.  Without it, you’re wire walking with no net underneath you.  It’s not impossible to achieve, it’s just harder.  I think there have been relatively few shows that do it well.  Come From Away is an interesting example of a show that doesn’t really follow any particular patterns of traditional structure, but it has an amazing pull because it’s ninety minutes of people caring about each other and being kind.  That is so dramatically powerful in the world we’re living in today that the audience doesn’t need many of the more conventional tools.

Every production, no matter its format, requires something that will suck an audience in and make them care.

I’ve also noticed that audiences tend to love a piece of work because it breaks the mold.

Even if it’s a mold they don’t recognize, they love that it breaks the mold.  They are excited when they feel they’ve seen something original and different.

Your book clearly required a lot of research and analysis.  Was there anything that you discovered that was surprising?

One example of the patterns I try to illustrate in my book is the existence of specific types of songs within the score, such as the conditional love song.  I found shows where I couldn’t easily identify these songs until closer examination.  For instance, in Into the Woods, there’s a conditional love song for one, which is “On the Steps of the Palace.”  I don’t know whether Stephen Sondheim consciously intended to write a conditional love song – probably not – but, nonetheless, that’s what it is.  It’s a very unusual form of a very usual moment in a show where someone thinks, “Uh-oh, I’m feeling something that I’m not sure I want to feel or that I’m not sure I dare feel.”  I ultimately uncovered elements or patterns in certain shows that I had previously believed to operate successfully without them; they were just hidden, buried, or executed in an inventive way.

I was watching the final performance of Kinky Boots yesterday and I realized that there is no “I Want” song in the show, but there is an “I Don’t Want” song.  Knowing what you don’t want is sometimes the same thing as knowing what you want.  It’s not a big departure, but it’s an interesting variation on a theme.

Speaking of the “I Want” song, another pattern of a successful musical that has yet to be broken is the presence of an active hero who desires something.  Many musicals are adaptations of films and television shows.  However, you note in your book that the need for an active hero is a non-issue in these mediums, which makes a lot of the content unsuitable for the stage.  Why do you think musicals need an active hero whereas film and television do not?

I don’t have a good answer to that question.  I think Stephen Sondheim had an interesting point when he said that farces are expresses and musicals are locals.  I think the local nature of musicals – they keep stopping at every station (breaking into song at every plot point) – increases their responsibility to hold your interest.  The audience can get off at any stop it wants, and it does sometimes.

One of the noteworthy things about Kinky Boots is that it’s based on a movie that has that exact issue; the protagonist is a guy who is forced into running a shoe factory that he is not interested in running, and that’s his only problem.  He doesn’t have a specific want or desire.  It’s a perfectly good movie premise; it’s a tough musical theater premise.  The creative team had to solve that by writing a song about what’s going on with his soul, so it’s not just that he’s aggravated that he has to run a shoe factory, as in the film.  It’s really a kind of “Something’s Coming” type song, but it basically says, “Nothing’s coming and I’m pissed off about it.”  You start to care about him because he’s identified himself as a man who doesn’t know where his soul wants to take him, but, as I said before, he knows what his soul doesn’t want.  I think it was a tough nut to crack, but they did, hence a six-year run.

And then there are shows that don’t have a six-year run, or much of a run at all for that matter, which make up the Encores! seasons.  What I personally find most exciting about Encores! is the opportunity to see rarely produced shows on stage and examine them as markers of American musical theater history and evolution.  How would you describe the primary mission of the program?

Well, the original philosophy behind the program was pretty simple.  Judith Daykin, who was running City Center, wanted to re-incorporate musical theater into the programming and there wasn’t a big budget.  We eventually decided to stage lesser known musicals by great writers that have wonderful scores even if the show itself isn’t a classic.  We wanted to present them the way they were heard on opening night with their original orchestrations and vocal arrangements.  We therefore agreed not to spend much money on scenery or costumes – the money would go toward the music.  The opportunity of such programming would be just what you described.  Encores! would allow audiences to see what a show was in a given time, which would provide interesting, compelling, or at least amusing information about the era.  Viewers could examine what the original audience was like.  Encores! would be a living museum, in a way, but more exciting because of the great big band on stage.

Each year during season planning, we follow the same basic guidelines.  We ask whether the score is good enough to warrant a restaging (it doesn’t necessarily have to be by famous writers, but it has to be by writers of quality),  whether the show is interesting enough to fascinate an audience even if it’s flawed, and whether it says something of note about the period in which it was written, who the artists were, and in what they believed.

Of course, as the politics of the United States have become more sensitized to a lot of issues – particularly racial, sexual, and gender issues  – that were not previously a concern in the 30s through early 60s, editing these shows and exposing them in ways that allow the audience to enjoy even their outmodedness has become a big part of what we do.  We have to ask whether a show, despite its great score, is so inappropriate that the audience won’t feel that they have permission to enjoy it.  That’s a new wrinkle.  The editing process has become much more complicated over time.

The guiding principle is that we want to do shows that matter (or that mattered in their time) and still have something to tell us.

I recently saw I Married an Angel at City Center and was struck by what you said about it being the experimental theater of its time.  It seemed to want to veer out of traditional book musical territory but kept getting dragged back.

It didn’t have the courage of its convictions quite there.

Lorenz Hart, who was the lyricist on that show, had a real passion for trying to bring the musical into a more serious place, but he never figured it out.  Probably the closest that he came was Pal Joey.  But even though Pal Joey is about a slightly gruesome topic – essentially transactional sex and romance – and it doesn’t shy away from it, a lot of the show still feels like an old-fashioned musical.

It’s fun and funny to watch creatives try to wedge their way into a new world without really knowing what’s in that new world.  Like in I Married an Angel, they decided to have these great big ballets and a ballerina as the star, but the show is still a conventional European romantic comedy.  And then the characters all go to the Roxy Music Hall because they needed something to do in Act II and it was still a time where you could just say, “You know what?  We’re going to have a little interlude now.”

Right – I think my favorite moment of the show is immediately following that interlude.  In an attempt to cheer up about the possibility of having to move to New York due to the bank crisis, the characters imagine a trip to the Roxy.  Suddenly, they all become performers at the Roxy and launch into an extensive dance break as if they’re putting on a show.  By the end, Rodgers and Hart have to remind the audience where it just went and why, and then bring us back to Budapest.  They do this with a single line that’s something like, “And that’s what happens at the Roxy.”

And now we’re back in Budapest!  Yes, and there are things in that show that make no sense.  The count is clearly from Budapest, but his sister seems to be from New York and it’s never explained.  And then by casting racially diverse actors, we made the production even more nonsensical in a way, but it’s that kind of show!